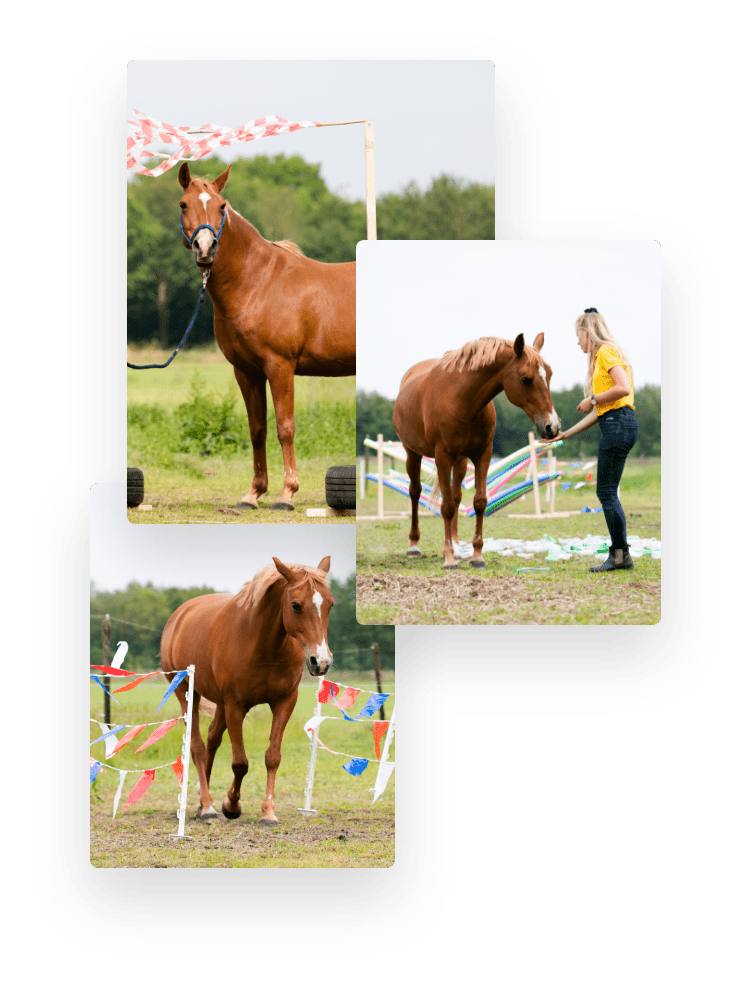 Noura is my very first own pony. A riding school owner knew someone who was planning to sell his pony. That pony was Noura. I learned a lot from Noura. Yet we did not immediately have a good bond. Once we understood each other I could do everything with her.

Unfortunately, Noura has had a lot of bad luck in her life. During a jumping lesson, Noura suddenly started to cripple. For months we and some vets didn’t know what was exactly going on with her. After a difficult period in which we considered putting Noura to sleep, she recovered. Unfortunately we had bad luck again in the winter of 2017. Then she got kicked by another horse on her tendon. I decided to let her have an early retirement.

In the fall of 2018 I moved her to the stable where Moos is living, because the place she was having her retirement was for sale. I let a vet check Nouras tendon injury. Apparently it’s going very well with her tendon, so we are allowed to ride again. 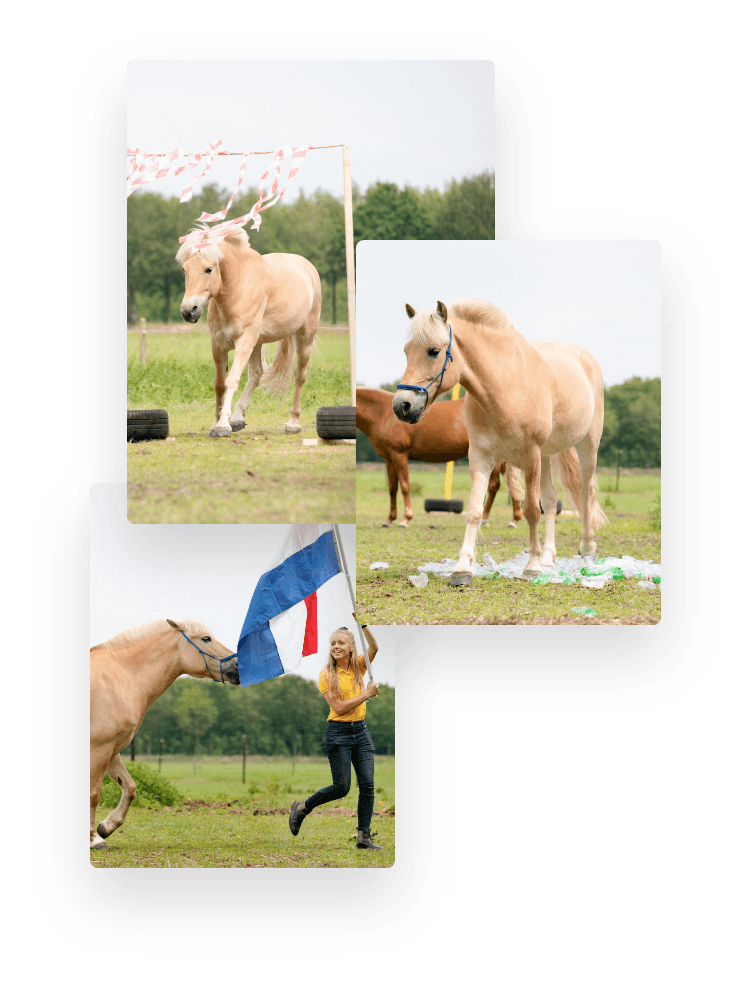 After all the bad luck with Noura I decided to look for a second horse in 2017. I visited many and different horses, but only around September I came into contact with the previous owner of Moos. She had sent me a message via Instagram asking if I was interested in him. She had bought Moos from someone who did not take good care of him. He was very skinny when she bought him.

Since he’s mine I call him Moos, because he deserved a second chance and a new name. Moos is a very funny and studious horse, but he can also be very strong and clumsy like a real fjord horse. So he’s very different compared to Noura and I found that very difficult at first. You can’t impose or demand anything on Moos. He does respond very well to clicker training, where you only reward desired behavior. This allows me to teach Moos small, but also more difficult tricks and exercises. 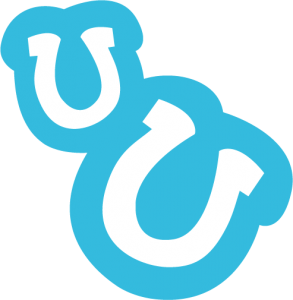